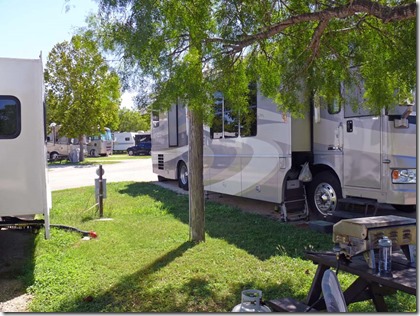 We were very disappointed in this park. Although we had planned to stay throughout the winter, we left after th 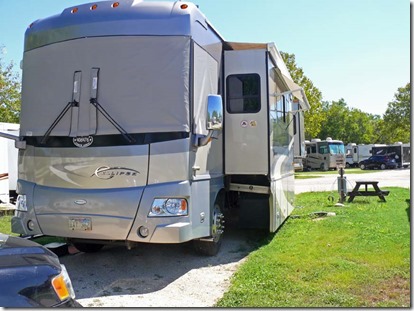 ree weeks due to our dissatisfaction with the site, the area, and the environment. While others have had a positive experience, it is likely that they were placed in the upper loop which has larger, better developed sites and is close to the pool and laundry. Our site, in the lower loop, was narrow with a mix of grass and weeds, and had a light pole in the middle which prevented the use of our awning. We thought it ironic that on making the reservation we were asked the condition of our motorhome, and yet the trailer next to us had enough mold covering the sides to grow mushrooms. 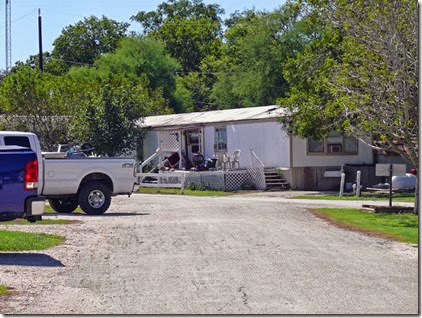 We would have been embarrassed to entertain visitors, since they would have to drive past the ramshackle mobile homes ringing the sites, many with junk stored on outside decks. Train noise was constant and significant, especially at night, and during the day the noise from a nearby shooting range was a distraction. The cable TV was unusable, and the WiFi worked well only during the day when the many permanent residents were at work. Verizon cell and 4G worked well, and with only small trees, there was no problem with a rooftop satellite antenna. We found the weekday hosts to be efficient but largely disinterested. We’ve spent five winters in the San Antonio area and have been disappointed in the lack of quality parks in the area, and unfortunately this was no exception. We can’t recommend it and won’t stay here again.  $36 Night/$405+ Electric Monthly  Stone Creek RV Park
Posted by DNPC at 1:43 PM No comments:

A Note About Our Ratings

Our ratings are based on being in a full-hookup, 50A site, unless noted. We don't use park bathrooms or laundry facilities, so we can't comment on those. You can assume that all of the parks we visit are big-rig friendly unless noted.

About the Damn Near Perfect Couple's Rating System:

DNPC
I spent 30 years as an active-duty Air Force air traffic controller, and another eight as a Department of Defense (DoD) civilian.